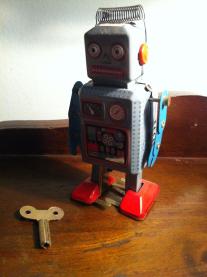 THE IDENTITY OF PSYCHIATRY IN THE AFTERMATH OF MAD ACTIVISM

Psychiatry has an identity in the sense that it is constituted by certain understandings of what it is and what it is for. The key element in this identity, and the element from where other features arise, is that psychiatry is a medical speciality. Upon completion of their medical education and during the early years of their training, medical students – now budding doctors – make a choice about the speciality they want to pursue. Psychiatry is one of them, and so is ophthalmology, cardiology, gynaecology, and paediatrics. Modern medical specialities share some fundamental features: they treat conditions, disorders, or diseases; they aspire to be evidence-based in the care and treatments they offer; they are grounded in basic sciences such as physiology, anatomy, histology, and biochemistry; and they employ technology in investigations, research, and development of treatments. All of this ought to occur (and in the best of cases does occur) in a holistic manner, taking account of the whole person and not just of an isolated organ or a system; i.e. person-centred medicine (e.g. Cox, Campbell, and Fulford 2007). In addition, it is increasingly recognised that the arts and humanities have a role to play in medical education, training, and practice. Literature, theatre, film, history, and the various arts, it is argued, can help develop the capacity for good judgement, and can broaden the ability of clinicians to understand and empathise with patients (e.g. Cook 2010, McManus 1995). None of the above, I will assume in this essay, is particularly controversial.

Even though psychiatry is a medical speciality, it is a special medical speciality. This arises from its subject matter, ordinarily conceived of as mental health conditions or disorders, to be contrasted with physical health conditions or disorders. Psychiatry deals with the mind not working as it should while ophthalmology, for example, deals with the ophthalmic system not working as it should. The nature of its subject matter raises certain complexities for psychiatry that, in extreme, are sometimes taken to suggest that psychiatry’s positioning as a medical speciality is suspect; these include the normative nature of psychiatric judgements, the explanatory limitations of psychiatric theories, and the classificatory inaccuracies that beset the discipline.[1] Another challenge to psychiatry’s identity as a medical speciality comes from particular approaches in mental health activism. Mad Pride and mad-positive activism (henceforth Mad activism) rejects the language of ‘mental illness’ and ‘mental disorder’, and rejects the assumption that people have a ‘condition’ that is the subject of treatment. The idea that medicine treats ‘things’ that people ‘have’ is fundamental to medical practice and theory and hence is fundamental to psychiatry in so far as it wishes to continue understanding itself as a branch of medicine. Mad activism, therefore, challenges psychiatry’s identity as a medical speciality.

In this essay, I argue that among these four challenges, only the fourth requires of psychiatry to rethink its identity. By contrast, as I demonstrate in section 2, neither the normative, nor the explanatory, or the classificatory complexities undermine psychiatry’s identity as a medical speciality. This is primarily for the reason that the aforementioned complexities obtain in medicine as a whole, and are not unique to psychiatry even if they are more common and intractable. On the other hand, the challenge of Mad activism is a serious problem. In order to understand what the challenge amounts to, I develop in section 3 the notion of the hypostatic abstraction, a logical and semantic operation which I consider to lie at the heart of medical practice and theory. It distinguishes medicine from other social institutions concerned with human suffering such as religious and some therapeutic institutions. In section 4 I demonstrate how Mad activism challenges the hypostatic abstraction. And in section 5 I discuss a range of ways in which psychiatry can respond to this challenge, and the modifications to its identity that may be necessary.

[1] These are not the only complexities; there are, for example, well-known difficulties and controversies surrounding the efficacy and risks of anti-depressant and anti-psychotic medication. In addition, psychiatry faces distinctive ethical complexities arising from the fact that mental health patients can be particularly vulnerable which raises questions of capacity not ordinarily raised in other medical specialities (see Radden and Sadler 2010).