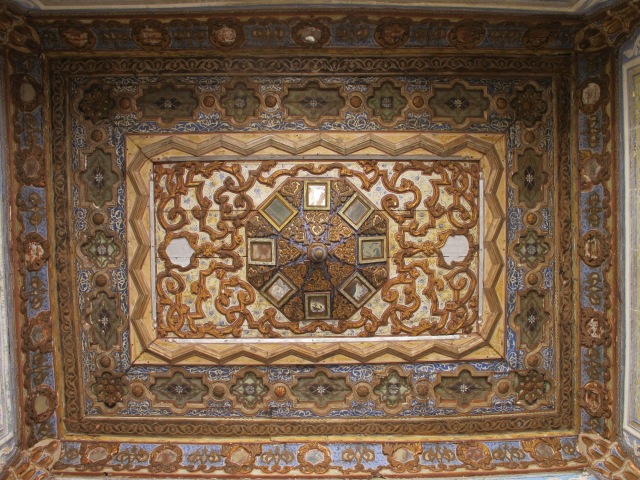 [Excerpt from Chapter 10 of Madness and the Demand for Recognition (2019, OUP)]

The underlying idea is that a given faith is to be upheld firmly in its full and literal form, free of compromise, softening, re-interpretation or diminution. It presupposes that the core of religion is doctrine, rather than ritual, and also that this doctrine can be fixed with precision and finality.

Religious doctrine includes fundamental ideas about our nature, the nature of the world and the cosmos, and the manner in which we should live and treat each other. In following to the letter the doctrines of one’s faith, believers are trying to get it right, where getting it right means knowing with exactness what God intended for us. In the case of Islam, the tradition I know most about, the Divine intent can be discerned from the Qur’an (considered to be the word of the God) and the Traditions (the sayings) attributed to the Prophet (see Rashed 2015b).[1] The process of getting it right, therefore, becomes an interpretive one, raising questions such as: how do we understand this verse; what does God mean by the words ‘dust’ and ‘clot’ in describing human creation; who did the Prophet intend by this Tradition; does this Tradition follow a trusted lineage of re-tellers?

We can see that ‘getting it right’ for the religious fundamentalist and for the scientific rationalist mean different things – interpreting the Divine intent, and producing true explanations of the nature of the world, respectively. But then we have a problem, for religious doctrine often involves claims whose truth – in the sense of their relation to reality – can, in principle, be established. Yet in being an interpretive enterprise, religious fundamentalism cannot claim access to the truth in this sense. The religious fundamentalist can immediately respond by pointing out that the Divine word corresponds to the truth; it is the truth. If we press the religious fundamentalist to tell us why this is so we might be told that the truth of God’s pronouncements in the Qur’an is guaranteed by God’s pronouncement (also in the Qur’an) that His word is the truth and will be protected for all time from distortion.[2] Such a circular argument, of course, is unsatisfactory, and simply points to the fact that matters of evidence and logic have been reduced to matters of faith. If we press the religious fundamentalist further we might encounter what has become a common response: the attempt to justify the truth of the word of God by demonstrating that the Qur’an had anticipated modern scientific findings, and had done so over 1400 years ago. This is known as the ‘scientific miracle of the Qur’an’; scholars interpret certain ambiguous, almost poetic verses to suggest discoveries such as the relativity of time, the process of conception, brain functions, the composition of the Sun, and many others. The irony in such an attempt is that it elevates scientific truths to the status of arbiter of the truth of the word of God. But the more serious problem is that science is a self-correcting progressive enterprise – what we know today to be true may turn out tomorrow to be false. The Qur’an, on the other hand, is fixed; every scientific claim in the Qur’an (assuming there are any that point to current scientific discoveries) is going to be refuted the moment our science develops. You cannot use a continually changing body of knowledge to validate the eternally fixed word of God.

Neither the faith-based response nor the ‘scientific miracle of the Qur’an’ response can tie the Divine word to the truth. From the stance of scientific rationality, all the religious fundamentalist can do is provide interpretations of the ‘Divine’ intent as the latter can be discerned in the writings of his or her tradition. Given this, when we are presented with identities constituted by doctrinal claims whose truth can, in principle, be established (and which therefore stand or fall subject to an investigation of their veracity), we cannot extend a positive response to these identities; scientific rationality is within its means to pass judgement.

But not all religion is purely doctrinal in this sense or, more precisely, its doctrines are not intended as strictly factual claims about the world; Appiah (2005, p. 188) makes this point:

Gore Vidal likes to talk about ancient mystery sects whose rites have passed down so many generations that their priests utter incantations in language they no longer understand. The observation is satirical, but there’s a good point buried here. Where religious observance involves the affirmation of creeds, what may ultimately matter isn’t the epistemic content of the sentences (“I believe in One God, the Father Almighty …”) but the practice of uttering them. By Protestant habit, we’re inclined to describe the devout as believers, rather than practitioners; yet the emphasis is likely misplaced.

This is a reasonable point; for many people, religion is a practical affair: they attend the mosque for Friday prayers with their family members, they recite verses from the Qur’an and repeat invocations behind the Imam, and they socialise with their friends after the prayer, and during all of this, ‘doctrine’ is the last thing on their minds. They might even get overwhelmed with spiritual feelings of connectedness to the Divine. In the course of their ritual performance, they are likely to recite verses the content of which involves far-fetched claims about the world. It would be misguided to press them on the truth of those claims (in an empirical or logical sense), as it would be to approach, to use Taylor’s (1994a, p. 67) example, “a raga with the presumptions of value implicit in the well-tempered clavier”; in both cases we would be applying the wrong measure of judgement, it would be “to forever miss the point” (ibid.).[3]

And then there is the possibility that the ‘truths’ in question are metaphorical truths, symbolic expressions of human experience, its range and its moral heights and depths. Charles Taylor (2007, 1982) often talks about the expressive dimension of our experience, a dimension that has been largely expunged from scientific research and its technological application. Human civilizations have always developed rich languages of expression, religious languages being a prominent example. The rarefied language of scientific rationality and its attendant procedural asceticism are our best bet to get things right about the world, but they are often inadequate as a means to express our psychological, emotional, and moral complexity.

To judge the practical (ritualistic) and expressive dimensions of identities in light of the standards of scientific rationality is to trespass upon these identities. Our judgements are misplaced and have limited value. My contention is that every time we suspect that we do not possess the right kind of language to understand other identities, or that there is an experience or mode of engagement that over-determines the language in which people express their identities, we have a genuine problem of shared understanding; we are not within our means to pass judgements of irrationality on the narratives that constitute these identities. Now I am not suggesting that the distinctions between doctrine and practice, or between understanding the world and expressing ourselves, are easy to make. And neither am I suggesting that a particular case falls neatly on side or the other of these distinctions. But if we are going to adopt the stance of scientific rationality – given that we have to adopt some stance as I have argued earlier – then these are the issues we need to think about: (1) Is the narrative best apprehended in its factual or expressive dimension? (2) Are there experiences that over-determine the kind of narrative that can adequately express them?